One of my favorite bike-camping destinations along the Oregon coast is Cape Lookout State Park. The hiker-biker campground here is tough to beat: thick stands of sitka-hemlock forest AKA hammock-trees galore, seclusion from car-campers, miles of hiking nearby, and mere steps from the ocean. 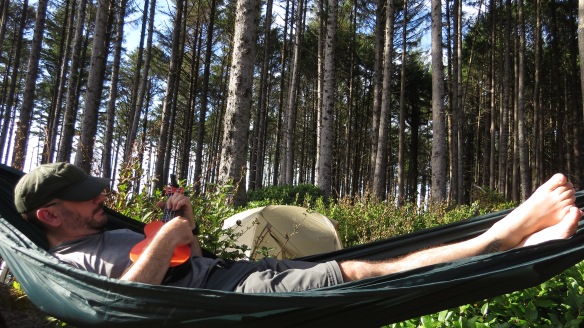 A tip from me to you: Don’t feel like biking 72 miles from Portland to the park? As suggested by the Tillamook Chamber of Commerce, park at the Blue Heron French Cheese Factory (confirm with management), pick up some awesome cheese goodies and check out their petting zoo (complete with emu), then ride the (only slightly harrowing) 14 miles along 131 and Netarts Bay Rd to Cape Lookout. It’s a great way to go camping on busy holiday weekends, no park reservations required. Video demonstration here.

On this trip, we were lucky enough to see whale spouts and breaching along the ocean horizon. It’s incredibly difficult to predict where/when the whales would breach, thus basically impossible to get pictures. My best shot: 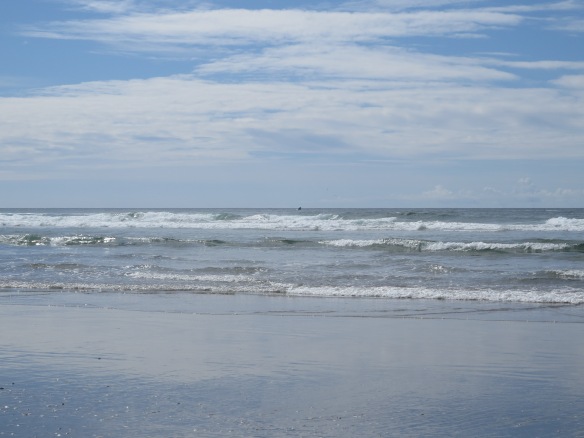 No, really, there’s a whale out there! Black blob = whale. I guess humpback, but there were rumors of grey and even orca. Hmmmm. A little closer. 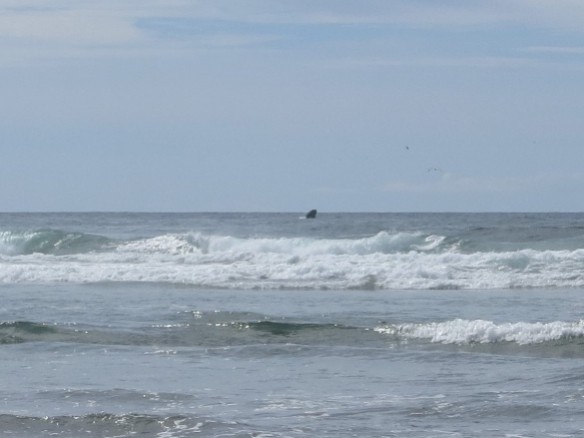 And because this is the first time I’ve seen whales along the Oregon coast in the 10 years I’ve lived here, a few more photos. So neat.

When not whale-watching, I got to know the gulls as best I could. 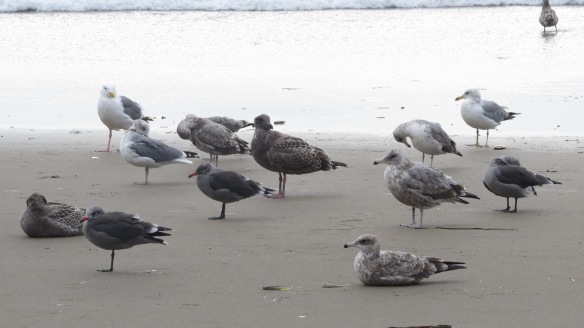 I was proud of myself for noticing some of these birds are not like the others. ♪

I noticed the gull with the red toned bill, all grey body, and black feet, a Heermann’s Gull. Interesting fact about Heermann’s, in true gull fashion, they are pirate birds, who coincide their northward migration with Brown Pelicans in order to steal food from the pelican’s gullet. 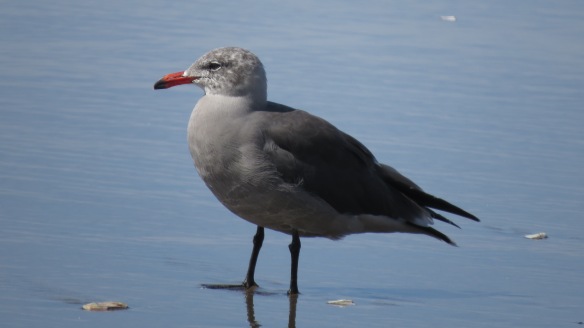 With a Western Gull for size comparison. 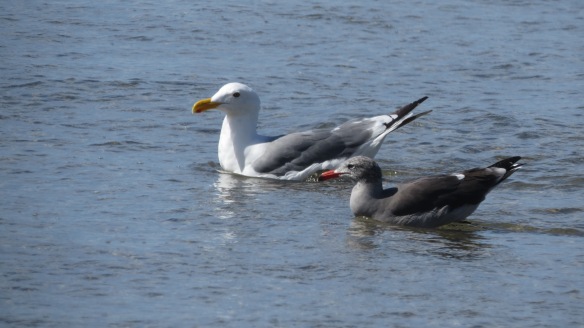 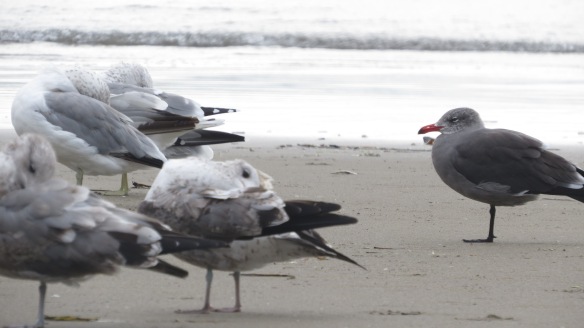 I also noticed gulls with red and black marks on their bill, yellow-green legs, and dark irises, the California Gull. 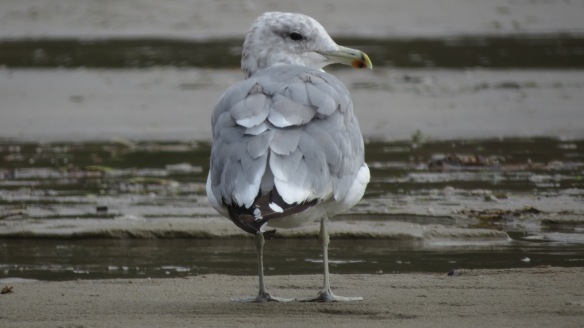 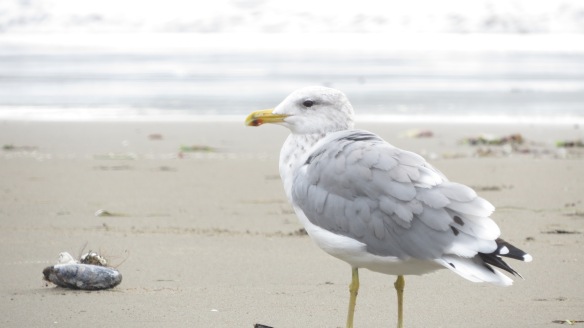 I noticed gulls with thick yellow bills with a red spot on the lower mandible, pink legs, white heads, and light irises, BEHOLD, the Western Gull. 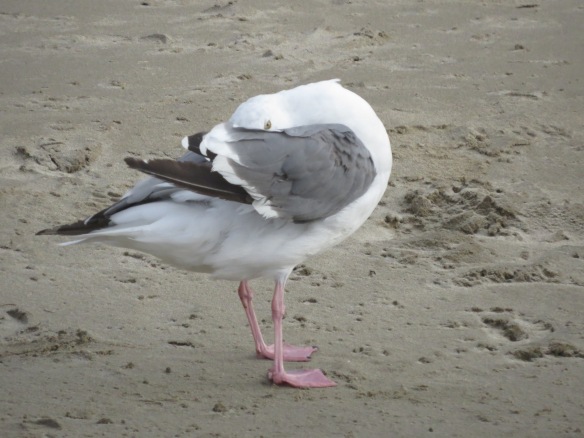 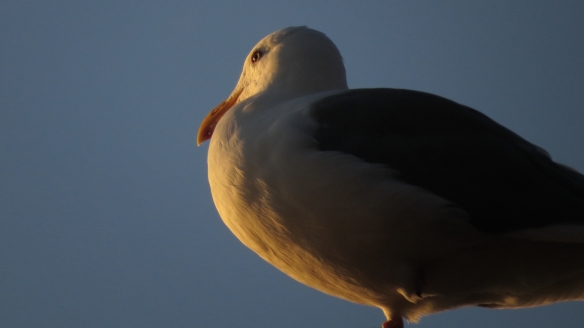 I noticed some gulls had a staring problem. 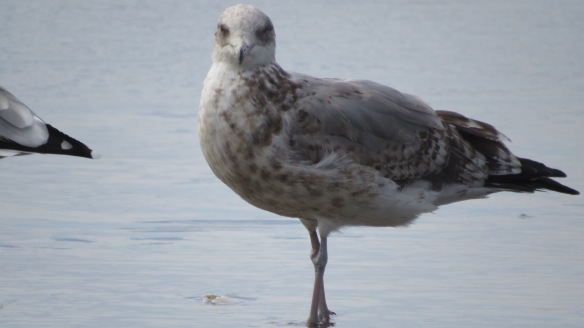 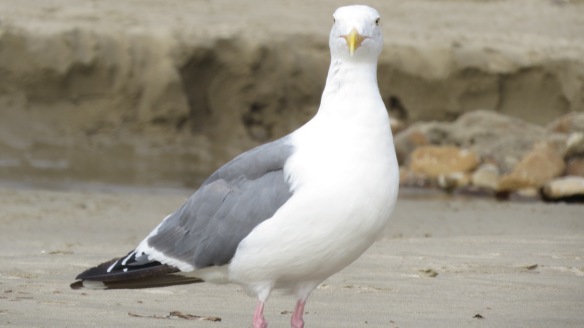 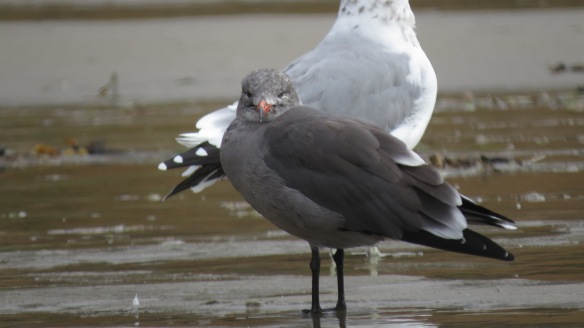 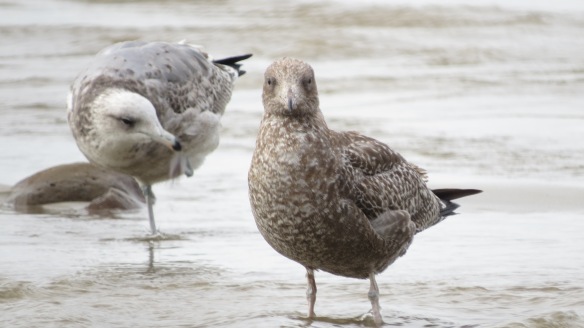 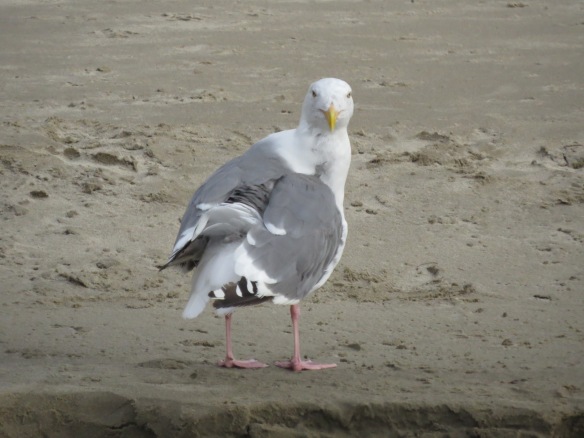 The more I watched the gulls, the more I appreciated their personality.

I noticed a few other species of birds and mammals.

The longer I observe this natural world the more I notice. 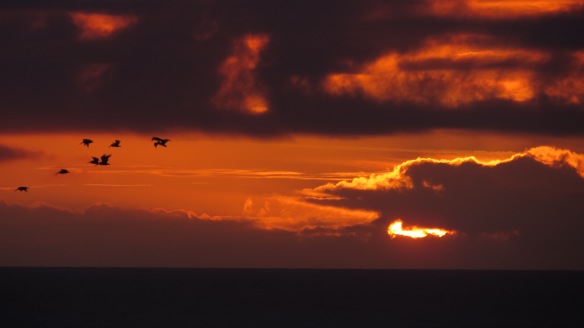 And the more I fall in love with it.